Dick Morris: "This attempt is, of course, doomed to fail. Once we learn — as we have already — that the intelligence reports were doctored, and that the military actions were aborted, it is only a matter of time until the blame filters up to Obama and Clinton, ruining one presidency and possibly preventing another."

Crap! If they both skate on this one we are truly a banana republic and we ain't coming back.
Post a Comment
Read more 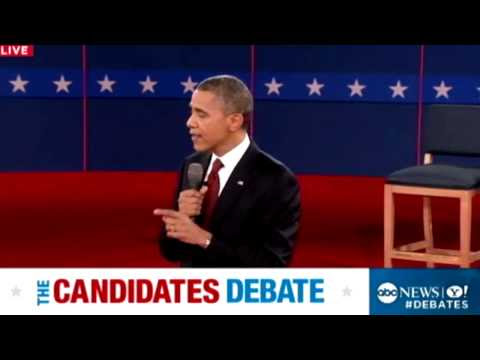 Here is Chairman Zero getting all ornery about outraged at Romney for stooping so low as to tell the truth about Benghazi:

He stood with Hillary Clinton in front of the bodies of the murdered while she flat out lied and said this was an unplanned "protest" about a video.

Meanwhile, on day three after the attack:

PROTESTS with no suggestions it was PRE PLANNED

Someone is taking a hit for this one. Clinton avoided testifying by getting the sniffles and then bumping her head and other stalling tactics until she figured out the way to play this was to get all histrionic and crocodile tears and "WHAT DIFFERENCE DOES IT MAKE". It looks like that one is going to bite her in the ass.

Here's the thing. The Clintons are the most deft political team I've seen in memory. They have a way of weaseling out of everything. Obama's team is schooled in the Rahm Emmanuel school of Chicago politics which is as bar…
Post a Comment
Read more

May 07, 2013
Government Lab Reveals It Has Operated Quantum Internet For Over Two Years

I'm not exactly shocked but I am surprised that it's been going in earnest for 2 years. I do take issue with the "perfectly secure" as I don't think anything is completely secure (at least not for long). The implications of such a network are amazing and frankly I wonder how long they can keep the genie in the bottle. How long before strong crypto is the norm on the internet. If it is the norm, what will that mean? The internet is history's greatest disrupter but I think the distortions will be even more pronounced. I am hopeful but leery.
1 comment
Read more

The man has no decency, no sense of shame.

If we ignore it, it will go away, right?

May 06, 2013
Pictures of Tsarneav Brothers Shootout In Watertown, MA

Scroll down if you will to the picture with the chair. See that hole? Can we have a little better fire discipline? How is this whole escapade going away with not even liberals squawking about it? They put an entire city under martial law because two guys were on the loose. They imprisoned people in their homes, then raided those same homes at gunpoint and threw people out of their houses and nobody makes a peep. They put that raid together awfully quickly. How did they coordinate so many assets so quickly. They must have previously trained for this. I know I sound like I'm veering close to tin foil hat territory but this has me concerned.